When your critic provided feedback on your critique request, the critic had to provide either an audio clip or text critique summary. But that's just an overall impression. Your critic most likely left detailed callouts and remarks on different elements of your individual photographs. The critic did this by adding annotations to the individual photographs, and you can view those annotations by clicking on a photograph.

When you click on a photograph, the Annotations markers will display on the photo along with the annotations toolbar and a table of annotations: 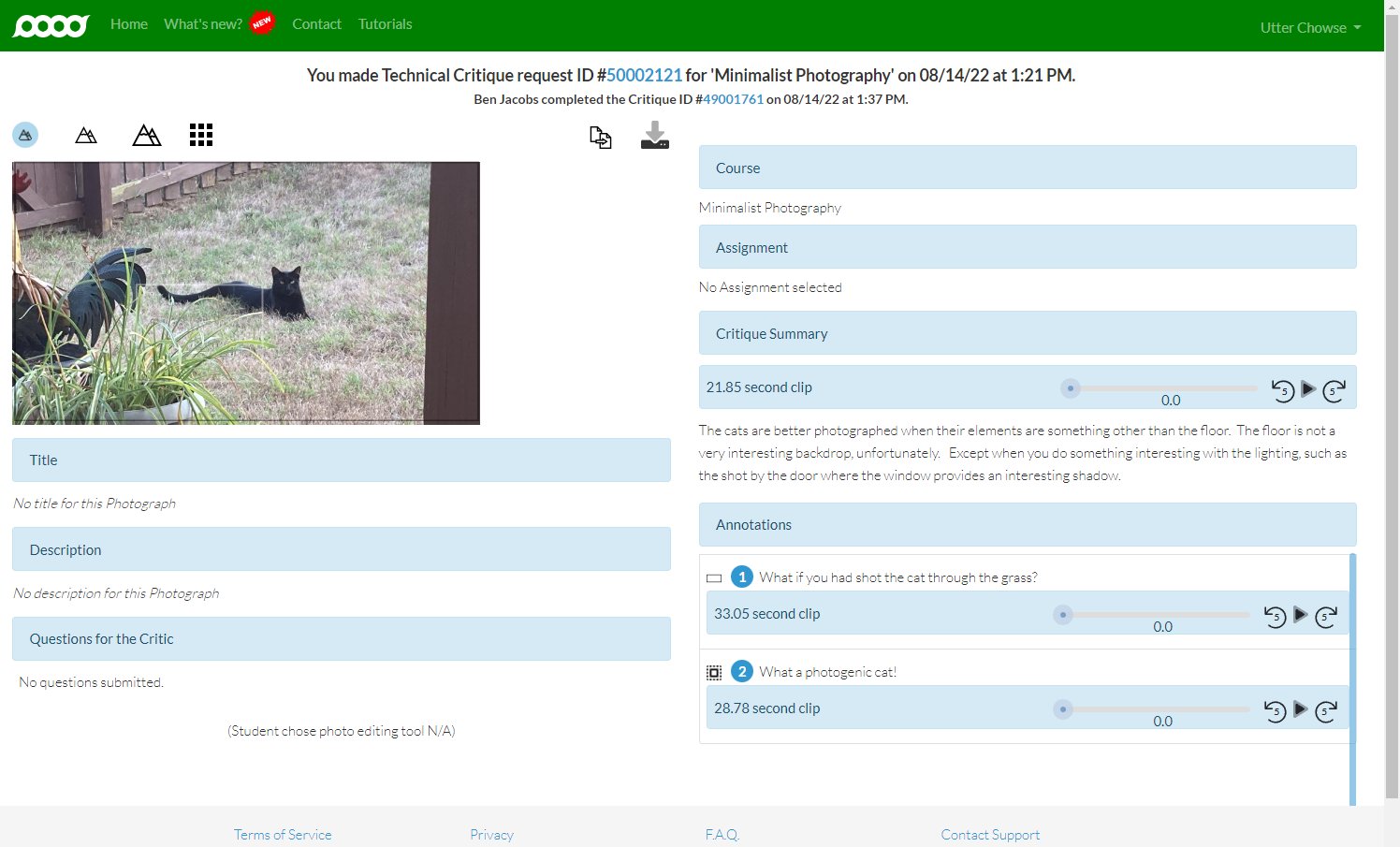 If you mouse over the markers on the photo, a little pop-up will display what the critic said, and if the critic recorded an audio clip, you can play it back: 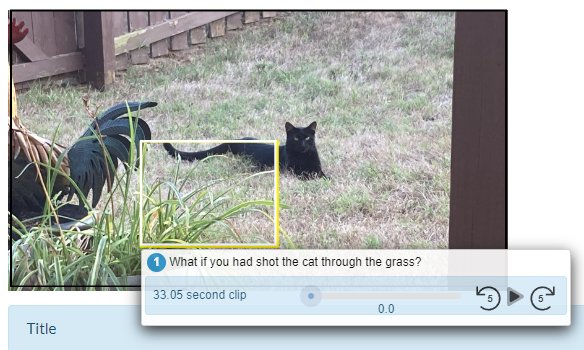 The critic might have added more than one annotation per photo--including annotations that cover the whole photo (look for a border just inside the edge of the photo). You don't have to go hunting for the annotation markers; the annotation table in the lower right displays all annotations and audio clips. You can read what the critic said or listen to the audio clips in the table.

When you mouse over an entry in the table, the associated marker on the photo highlights so you can see what the instructor or critic was talking about.

The Annotations toolbar offers a number of options:

You can use the arrow keys on your keyboard to change photos without clicking the Grid button and choosing another photo--so you can flip through the photos and their annotations quickly.

After you've reviewed what your critic has said, you might have further questions. Atget Studio makes it easy to ask your questions, and we'll talk about that next.

Up next: Asking Questions about a Critique